Home / Essays / Splainin / The Arc of Modernity: From Hamlet to Rosencrantz and Guildenstern Are Dead

The Arc of Modernity: From Hamlet to Rosencrantz and Guildenstern Are Dead 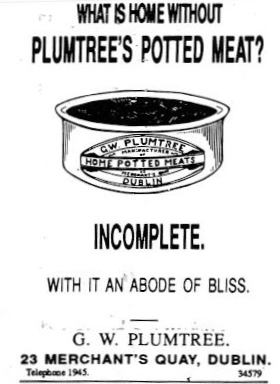 The following is a little potted something that I give to my students when we are trying to puzzle out what it means to be ‘modern’, to work towards an understanding of what historical continuity connects  Hamlet to L20C works like The Unbearable Lightness of Being or Rosencrantz and Guildenstern Are Dead. I include it here as an addendum to my previous post: before you go emailing me about how historically vulgar and Olympian it is, I’d just like to say that it is a bit, yes, vulgar and  Olympian, a bit of a caricature of intellectual history. But young students need to see history in such broad bush strokes to care about it at all, to feel it is relevant to their experience of the world as it feels like it stands now. I reproduce it here because, increasingly, I feel, a lot of contemporary literature has abandoned even this vestigial inkling of historical awareness. So many writers today feel as if they can safely ignore the efforts of those who have written before us, those modernists hose who have wrestled with one or another version of this narrative: Joyce, Woolf, Beckett, Brecht, Borges, & etc, are now safely consigned to the dustbin of literary history, so easily forgotten in the search for the next Booker short list nominees. Writers today are free to write in any mode they choose, to write, even, as if 19C realism is in no way compromised or problematic. And yet questions of form and of form’s relation to ‘reality’ were obsessively debated by our forerunners –why are they not now?

I have no answer to that last question, but it is by no means rhetorical.

Shakespeare’s Hamlet is in part an inquiry into what it means to be human in a world which is making the transition from the stable certainties of medieval Christendom to the dynamism of modernity. Hamlet feels personally bound to those Feudal ties of belonging, which unite peasant, yeoman and aristocrat into one mutually supportive, but static “Great Chain of Being”, ties which also demand that he be the agent of vengeance when he sees those supposedly eternal, natural laws being trampled upon by his uncle and mother: at times, the ideological certainties (such as the Divine Right of Kings) that derive from Ptolemy’s geocentric universe seem to provoke in him both religious and filial fervour, for to avenge the memory of his father would be to strike a blow for an equally threatened cosmology, an understanding of the cosmos that has placed Mankind at its very centre, and that is shot through – from the greatest of men to the smallest of flowers – with meaning.

Yet, if Hamlet keenly feels the pull of such “ghosts” of the pre-modern past he is no less haunted by the uncertainties unleashed by the modernity in which he has been schooled, as he spends much of the play doubting the meaning of the very presuppositions which would guide his actions (if ever he could only bring himself to stop questioning and, finally, act). For Hamlet’s melancholy, while perhaps partly due to his constitution, is a by-product of modern life: if Descartes helped usher in scientific modernity by instructing us that the only way to sweep away the cobwebs of myth and tradition was to methodically doubt what we think we “know” until we arrive at that which is indubitable, he also failed to find that final primary thing that could not itself be doubted. Science itself, while building on Descartes’ method, has taught us to distrust what “seems” true, and like Horatio, require sensory proof before we believe. And though micro- and telescopes have enabled our “insight” into the “true”, physical nature of the world to straddle vast distances of space and squeeze into the tiny spaces between atoms, such intellectual tools tell us nothing about what remains about the “meaning” of modern life.

The answer most moderns usually give is that “life in the abstract may no longer have meaning, but my life has meaning for me”. We feel this way because modernity has created us as individuals, something unheard of in feudal Europe (or any other world historical culture). The very forces that gave birth to early modern science also unleashed capitalism, such that humans increasingly began to discover their identities and their lives’ meaning not in the communal relationships of village life, but in the socio-economic exchanges characterized by life in the modern city: according to the economists of the Industrial Revolution (L18C, roughly contemporaneous with the political revolutions in America and France) we are “utility-maximizing rational individuals” – Homo Economicus – calculating, solitary creatures whose primary aim in life is to increase our pleasures and minimize our pains, or, as the more stirring words of the American Declaration of Independence puts it, our primary rights and duties centre chiefly around around “life, liberty and the pursuit of happiness”.

2 Responses to The Arc of Modernity: From Hamlet to Rosencrantz and Guildenstern Are Dead